I’ll be starting a new series on the blog called “Weekend Outings” where I will be writing about some events or places I’ve visited on the weekend. The first of the series is on the Summer Night Market, or as some call it the original night market located in Richmond. I visited it last weekend during the Victoria day long weekend and to be honest, I was quite disappointed with the lack of stalls. The food area was bustling with people though, which always seems to be the case at the night market. The only food I bought was an okonmiyaki, while my dad bought some curry fish balls. Check out the photos below: 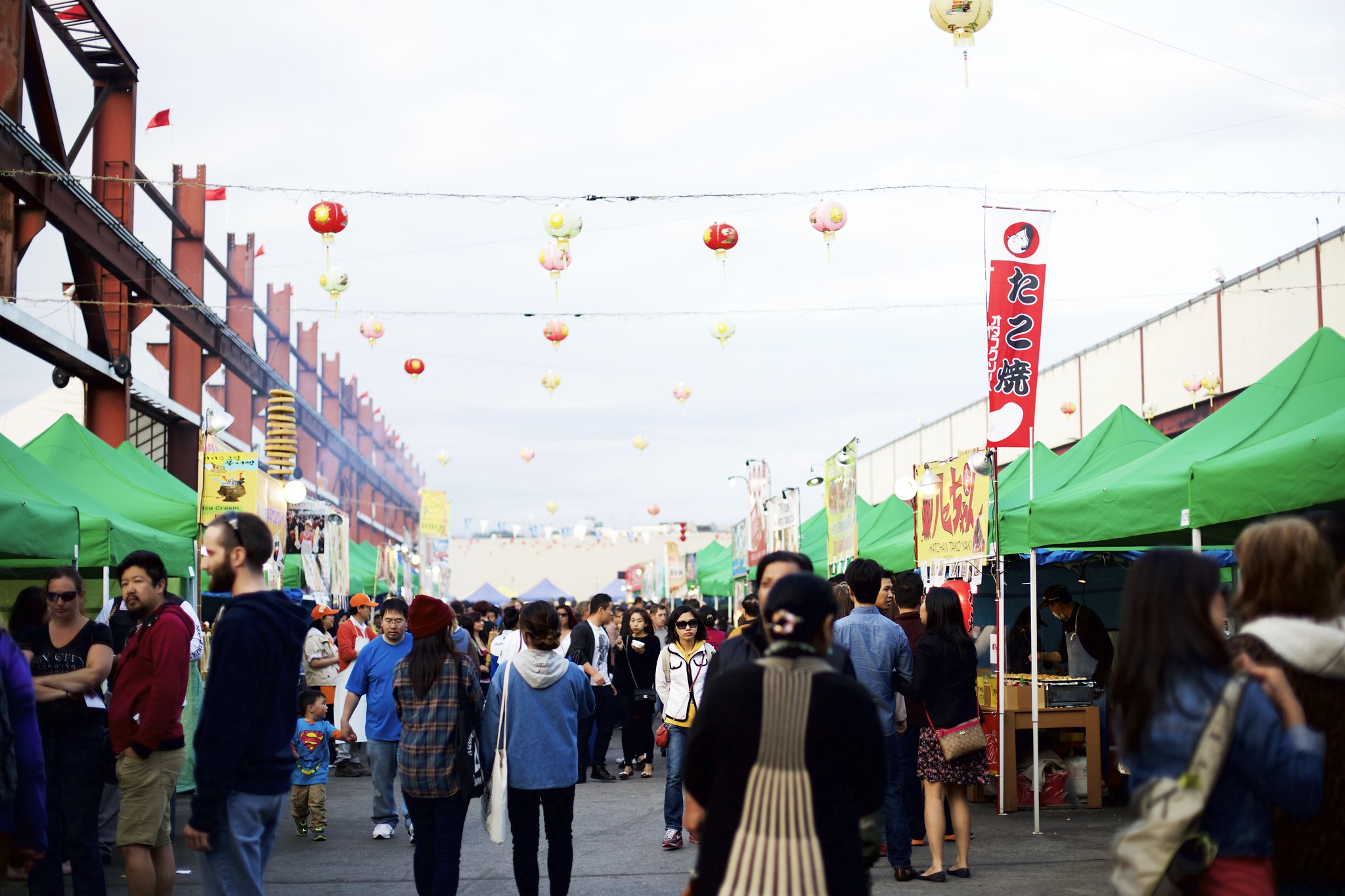 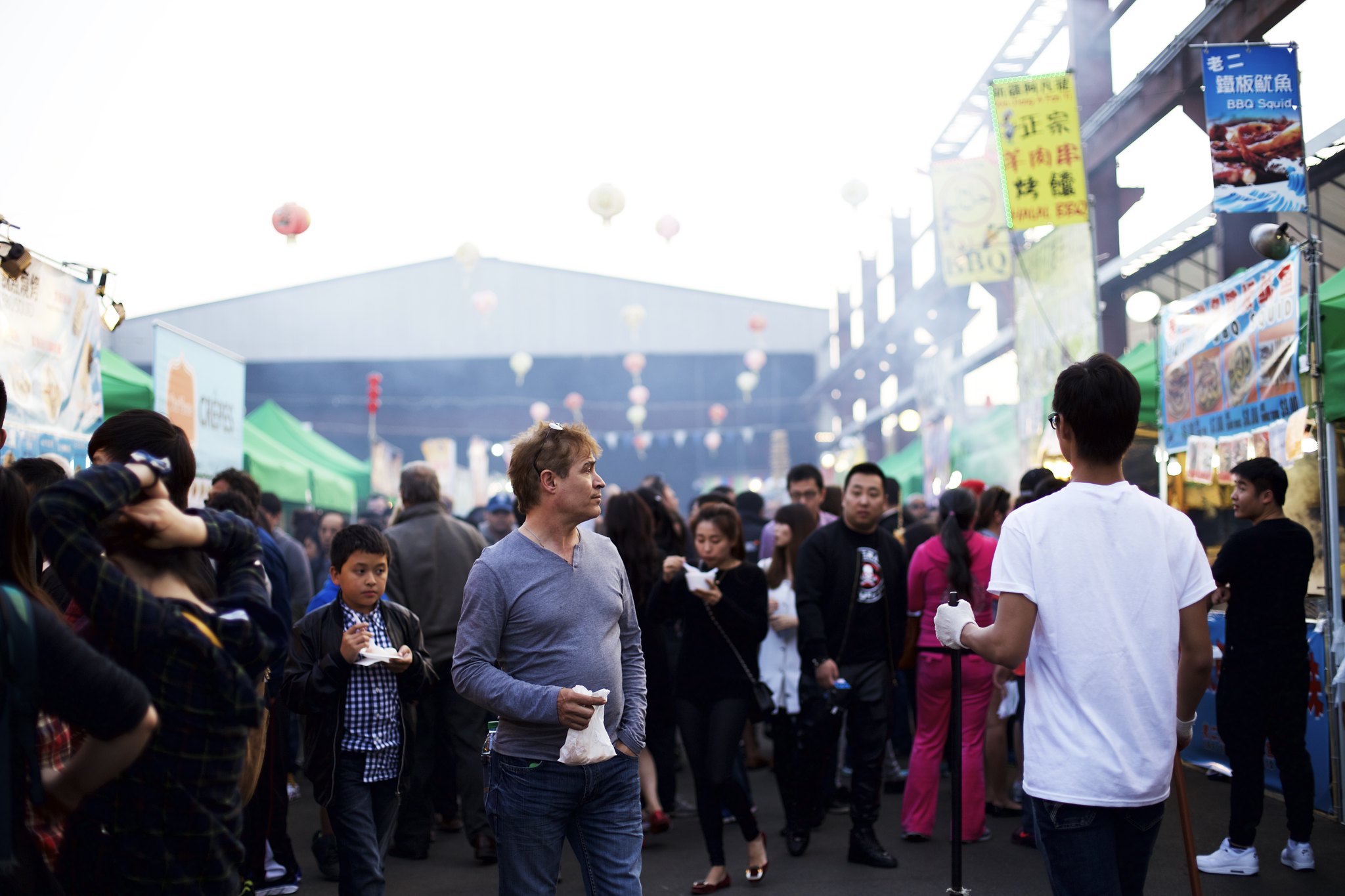 {The crowd at the food stall area} 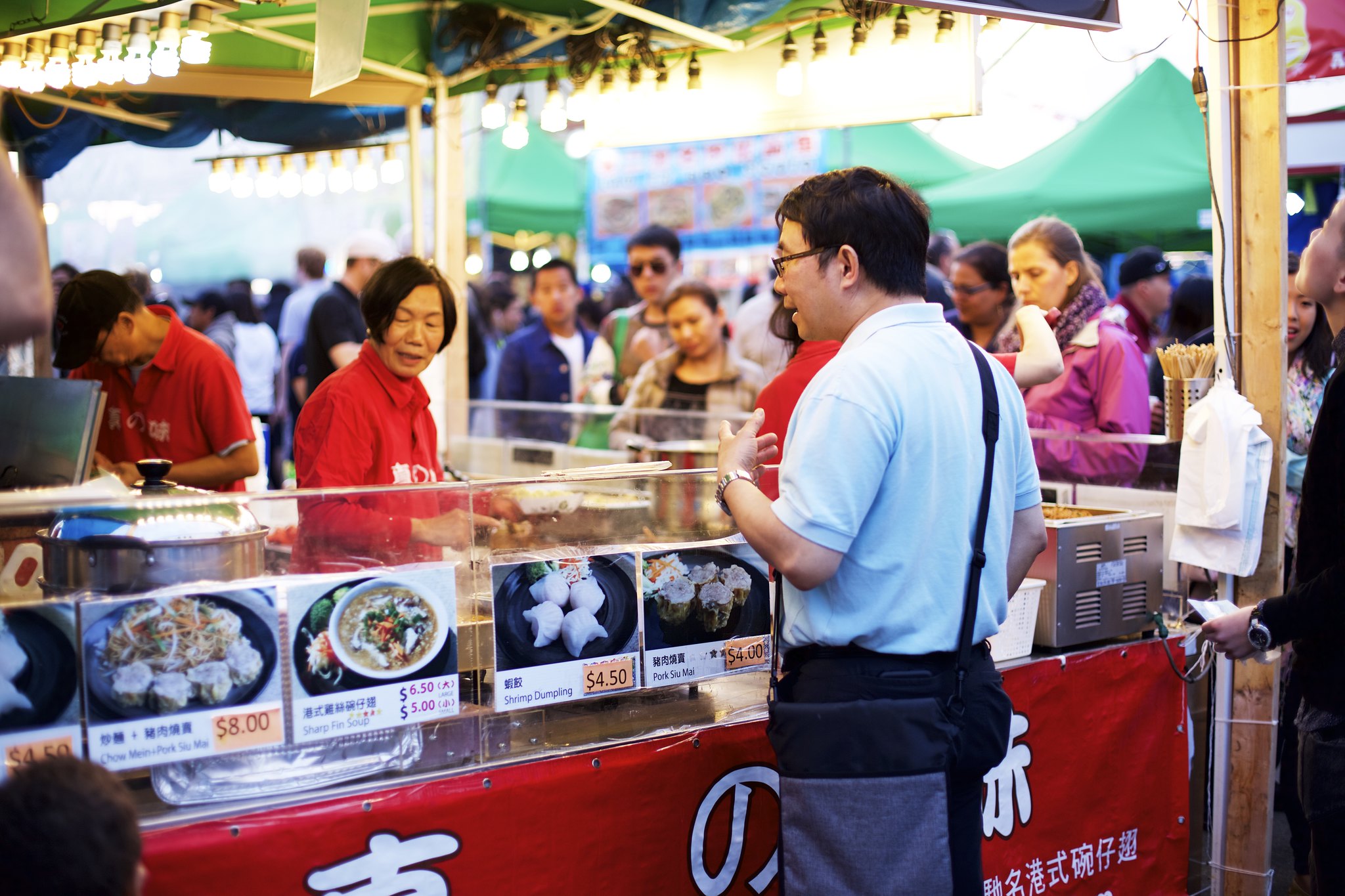 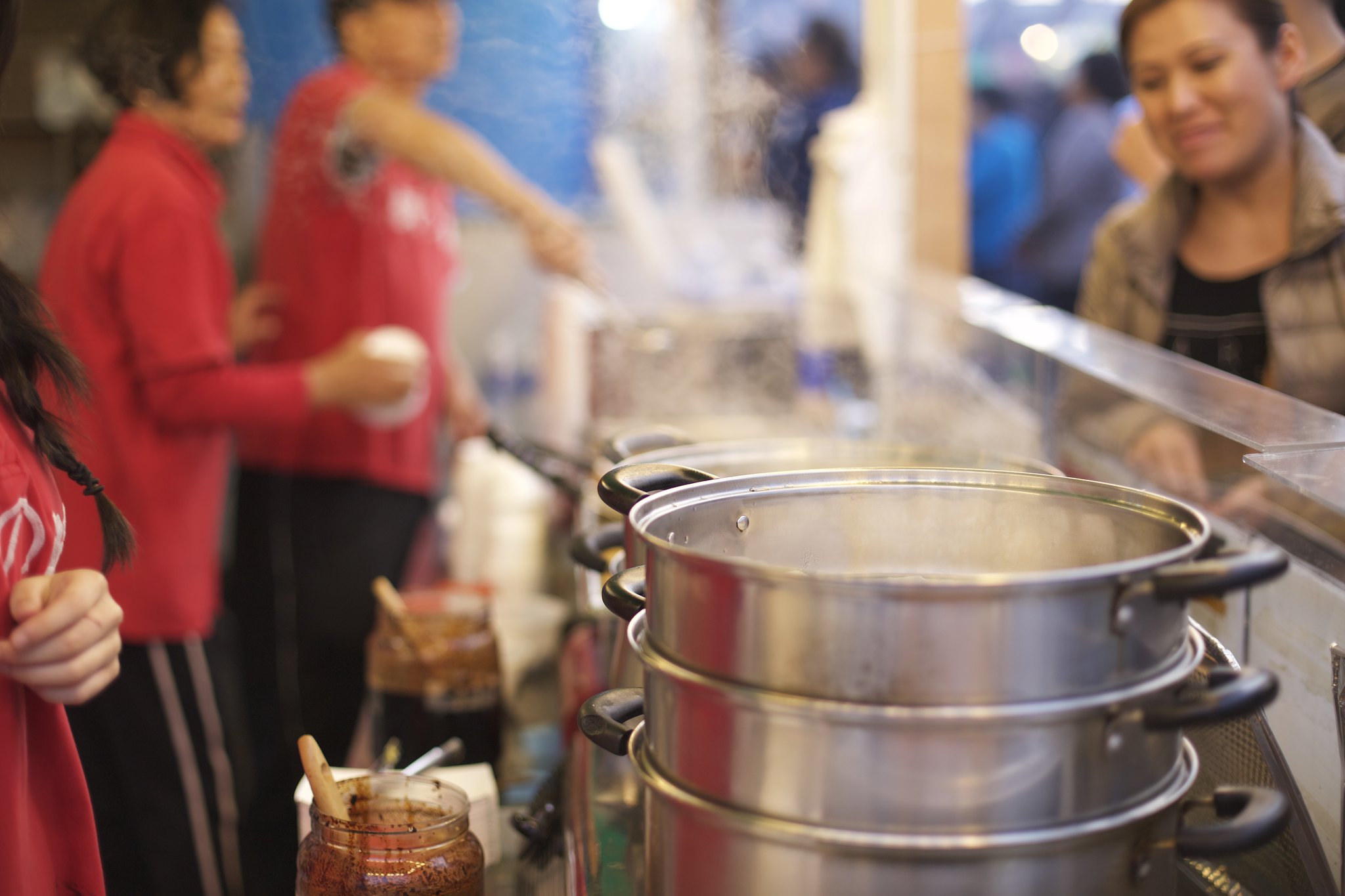 END_OF_DOCUMENT_TOKEN_TO_BE_REPLACED

Over the weekend, I had an opportunity to check out Got Craft? Spring Edition with my cousin and her friend. On the Saturday afternoon we visited, it was bustling with people and overall, I had a good experience. Here are some highlights from the market and read until the end of the post to find out what I bought! 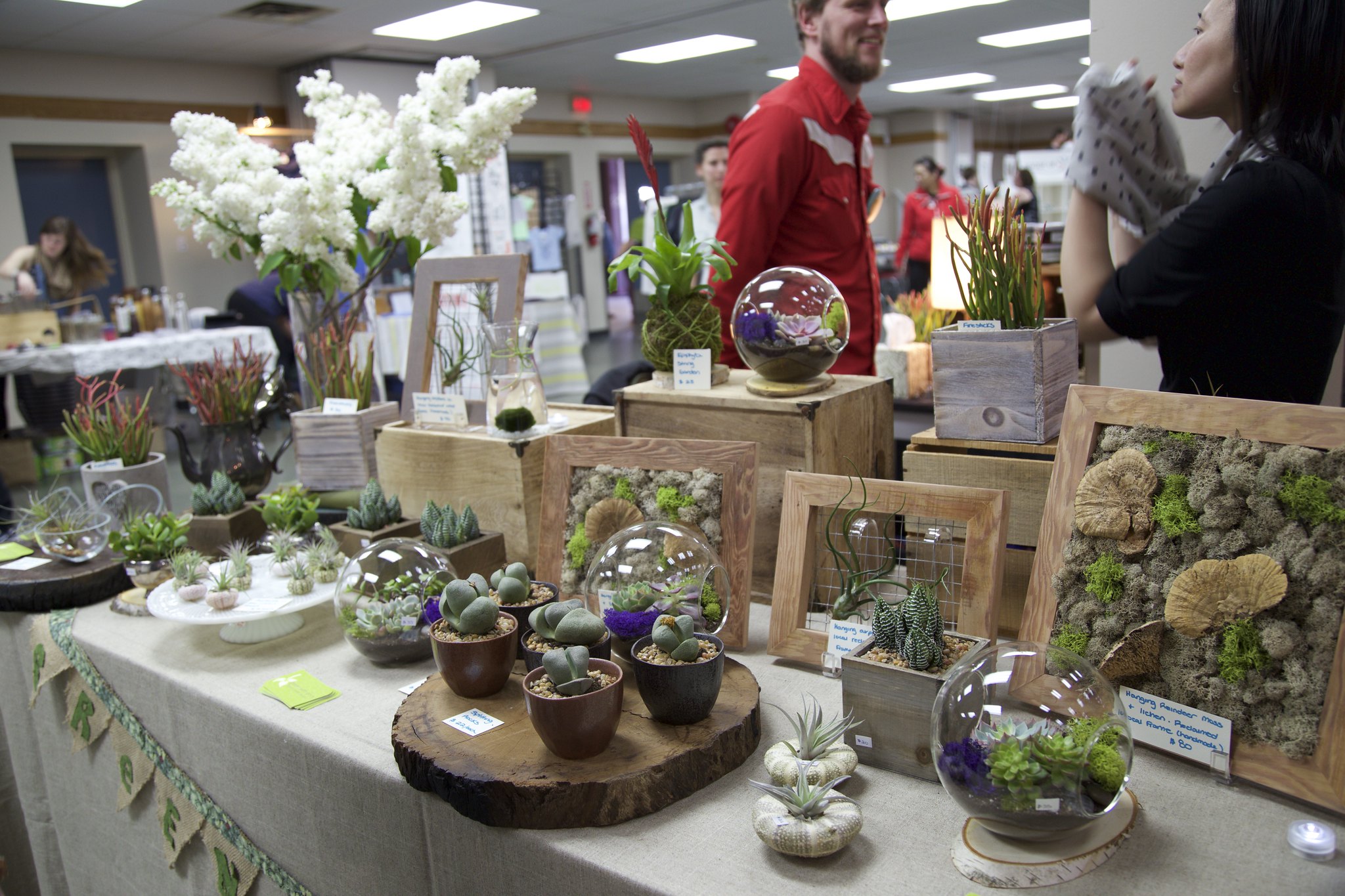 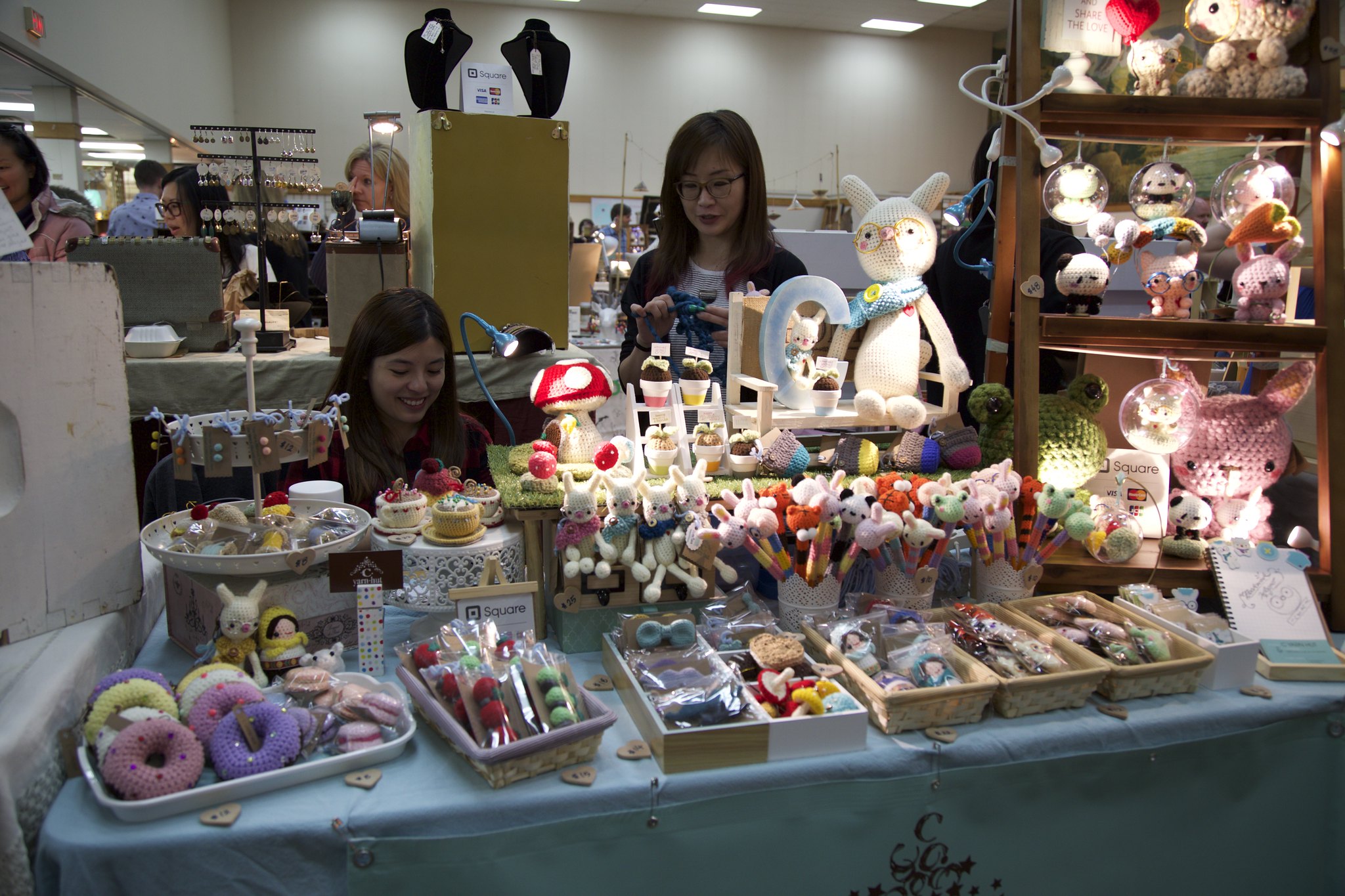 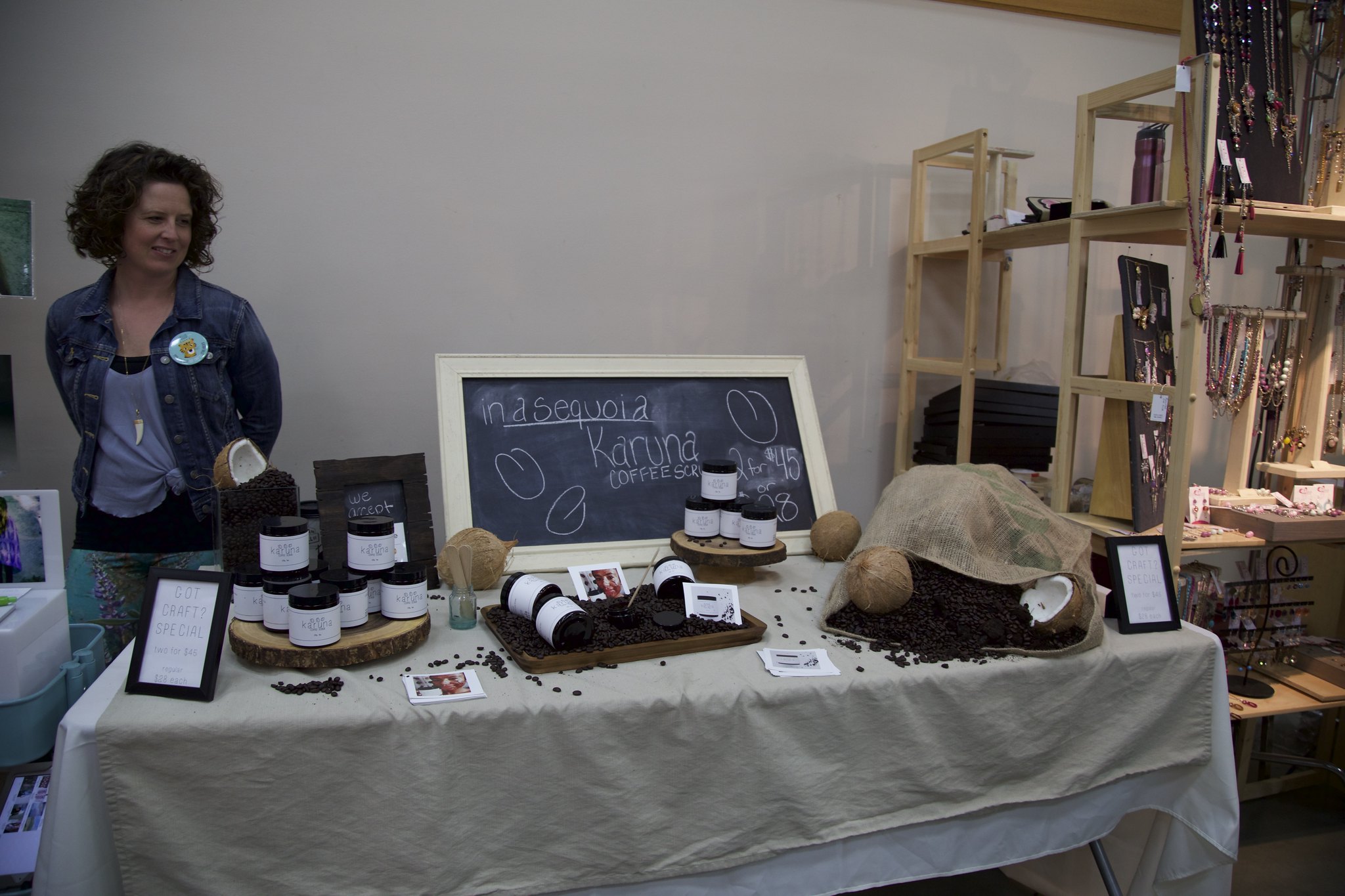 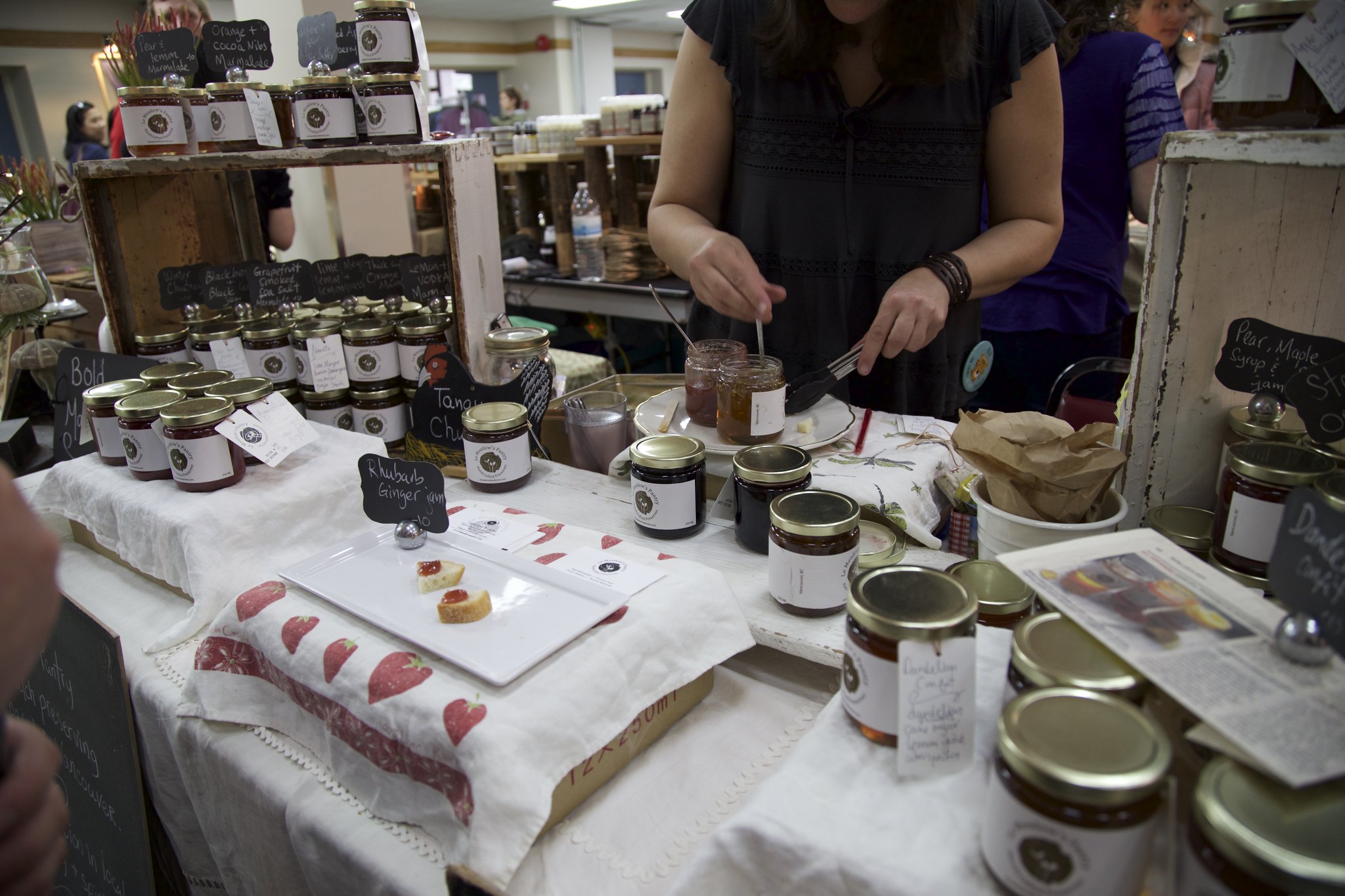 {Le Meadow’s Pantry had an assortment of jams, honey’s and syrup. My cousin’s favourite is their Rhubarb ginger jam} 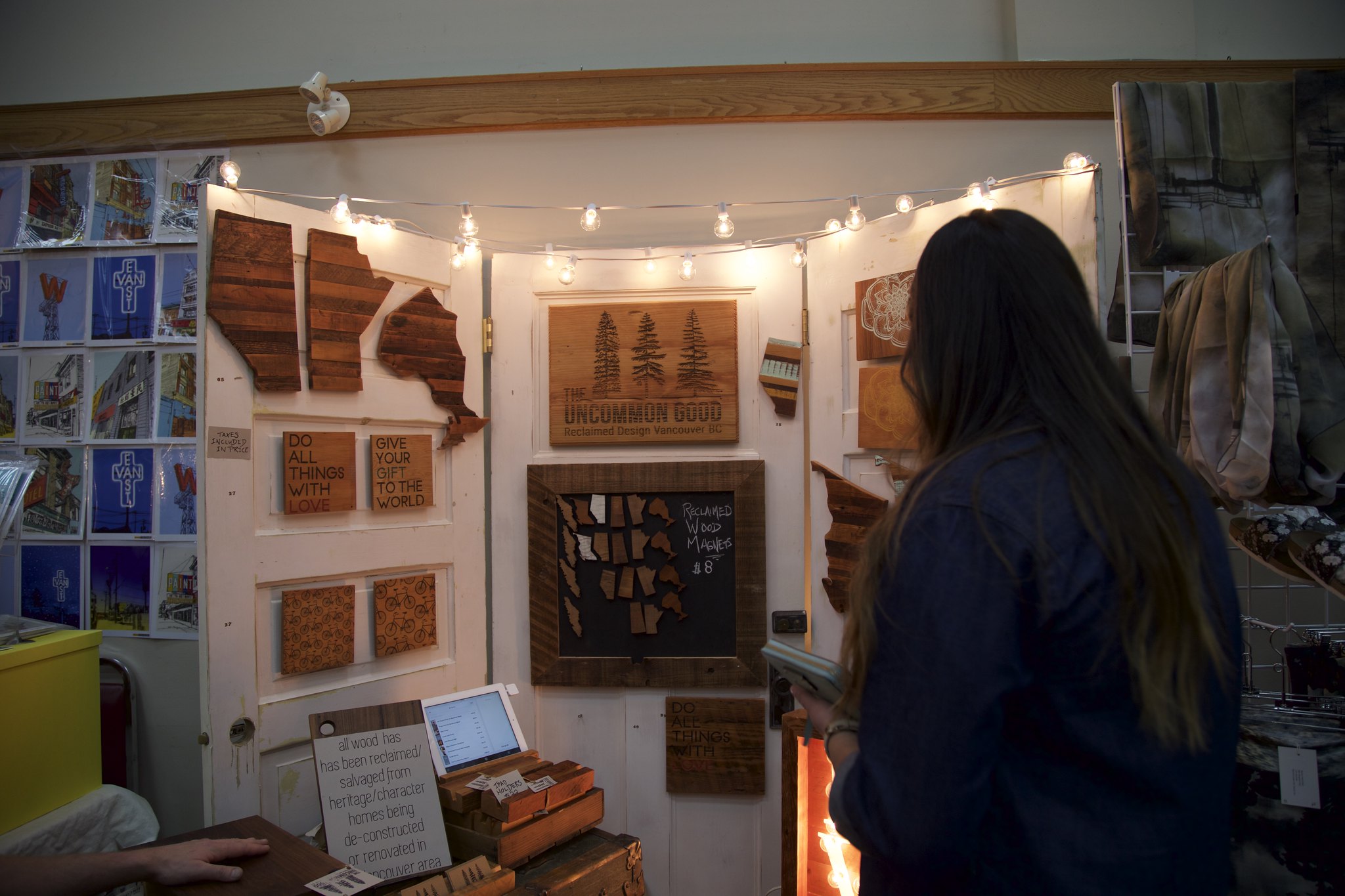 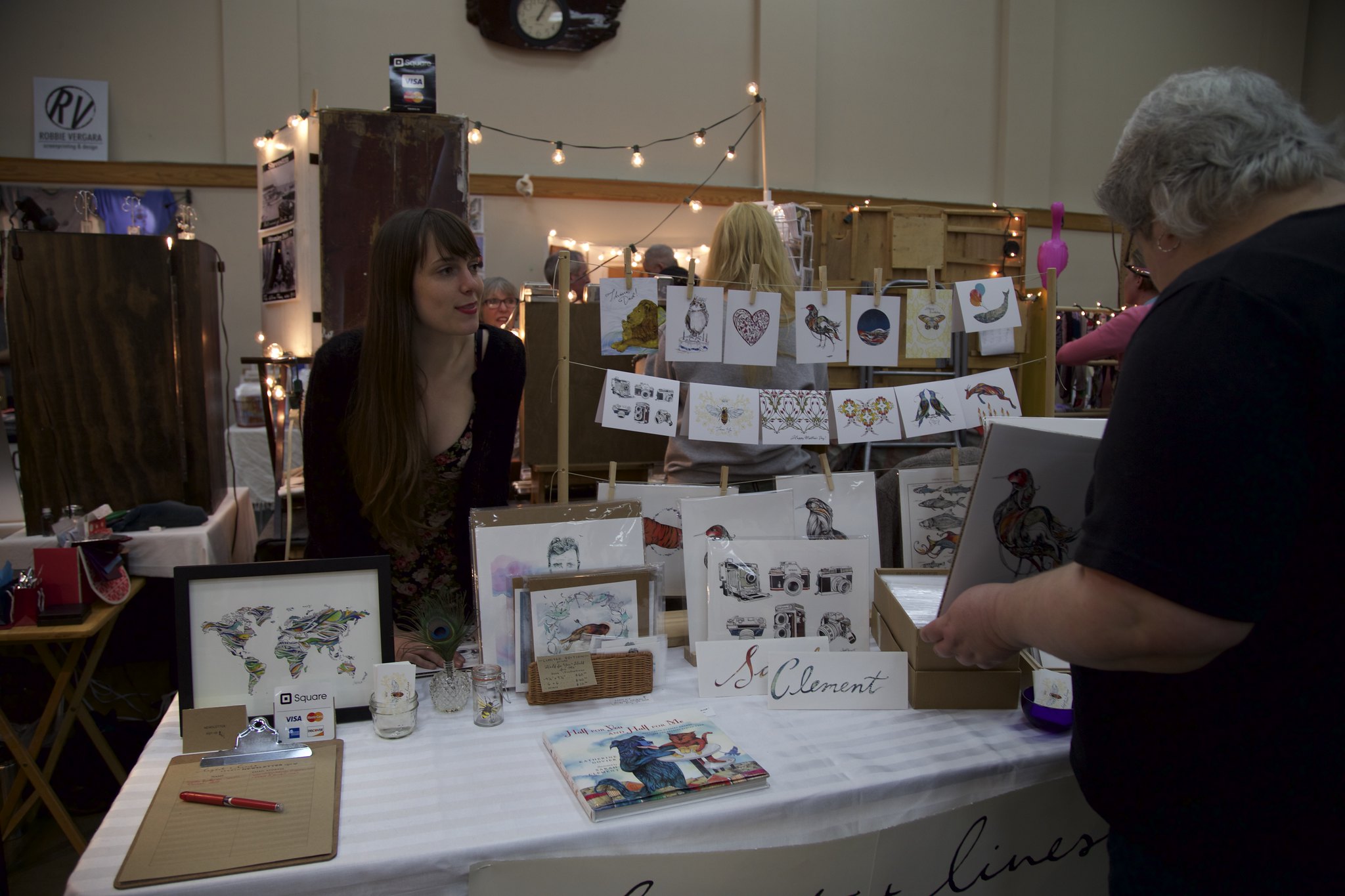 END_OF_DOCUMENT_TOKEN_TO_BE_REPLACED

I love matcha and anything made with it. During my reading break last week, I indulged in numerous drinks and food made with matcha…

When David Tea’s introduced their tea infused chocolates, I was excited to try them. Unfortunately, I thought they were overpriced and lacked tea flavour, especially the white chocolate with matcha matsu. To me, it lacked matcha flavour and just tasted like plain white chocolate with the slightest hint of matcha.

I tried this Japanese new cafe called Basho Cafe and I was in matcha heaven! I will do a full blog post on it in the future but on my visit, I got a matcha latte and a piece of white chocolate matcha brownie. They also have other baked goods made with matcha including matcha coconut cookies, matcha mochi brownie, matcha filled meringue on that particular day!

I blogged about this green tea parfait here. Since I was in the downtown, I decided to get one to satisfy my sweet tooth. I love the green tea soft serve ice-cream, it’s so delicious!

END_OF_DOCUMENT_TOKEN_TO_BE_REPLACED

Located in downtown, 4 Angles Beauty Care offers threading, face services waxing services and massages in a warm and inviting setting. When I was offered to review their services, I jumped onto the opportunity to review something I am less acquainted with. I decided to review their facial and head massage services, but ended up getting the illu-mini facial , divine brows and pieces of heaven instead as my eyebrows were in dire need of threading. This was my first time getting a facial and my eyebrows threaded, so continue reading to find out how it went!

My first impressions of the place was that the space was smaller than I had anticipated, but inside was clean and inviting.

I was warmly greeted by the owner with a hug, which made me feel very welcomed. After filling out a new customer form, I was ushered to my seat where I would be receiving my Illu-Mini Facial: Walk in off the street for a quick pick-me-up! A mini facial that is perfect for a lunchtime boost or to get an illuminating face. This facial includes an exfoliation treatment, cleansing and a facial massage or extractions.

As I mentioned, the place is quite small, with 3 chairs and 2 rooms in the back (for waxing I presume). Although the place is small, it didn’t feel cramped and there was ample space between each chairs. With soothing music playing, the place felt relaxing and stress free (unlike school!).

END_OF_DOCUMENT_TOKEN_TO_BE_REPLACED

Since I haven’t made a non-food related post in a while, I thought I would share one of my favourites: American Eagle’s Jegging Ankle. I have a love-hate relationship with jeans because I haven’t found a pair that fits nicely. That is until I discovered the jegging ankle. For a 5’3 girl with a curvy body and short legs, I find it extremely difficult to find a pair of jeans that are just the right length and fit. Most jeans I purchase require hemming because the length is too long, but these are the perfect length for me.

Here is what I like about the jegging ankle:

The only problem I have with these jeans is that although they run true to size for me, they do stretch out after a few wears and get looser around the knee area.

In conclusion, I would recommend these jeans for those who are shorter in height and looking for a pair of jeans that are comfortable for the most part. American Eagle’s Jegging Ankle retails for $43.55 CAD but they often go on sale! I hope you found this review useful and thanks for reading.

Last weekend I attended the Shiny Fuzzy Muddy show held at the Heritage hall. According to their website, the show takes place during the second week of December at the Heritage Hall. This year, the show celebrated it’s 10th year of supporting and promoting Canada’s brightest talent in art, fashion, craft & design, with an emphasis on Canadian-artist made products. If you are wondering about their name, it reflects the products they sell: objects of adornment (shiny), garments to wrap your home and body in (fuzzy) and clay molded to contemporary forms for the home (muddy).

On the Saturday afternoon I attended, the place was bustling with people. I didn’t have much time to browse, but here are pictures from the show:

{A Trace a Grey Design}

END_OF_DOCUMENT_TOKEN_TO_BE_REPLACED

After consuming a hefty amount of unhealthy foods during midterms, I decided to get something healthier for lunch last week after class. I was in the mood for Japanese, so I settled upon Shizenya. I’ve been to their downtown location before, but this time I visited the Fairview location. I really like their offerings; there aren’t many Japanese restaurants that offer a full menu of healthier Japanese options. Check our their menu here. What intrigued me the most is their whole wheat tempura because I’ve never seen any other place offer that.

I ordered off their lunch special combo menu and got the beef teriyaki combo– juicy and tender sukiyaki beef with teriyaki sauce, organic brown rice, spinach gomaae and organic salad ($8.95).

Even though I got takeout and waited at least 20 minutes to eat it, the beef was surprisingly still very tender. The sauce wasn’t overly sweet or salty and went well with the perfectly cooked brown rice. I thought this was a good portion for lunch and for just under $10, the price isn’t too bad either, considering healthier meal options  (look at Whole Foods) generally cost more.

Overall, Shinzenya is a good place to grab some healthier Japanese food. Some of the menu offerings are pricier than the average Japanese restaurant, but given that many of their dishes use organic ingredients and brown rice, it’s expected.

Last Friday, Es S, M and I took a trip down to the states, specifically Bellingham, to do some grocery shopping. We were wandering around Downtown Bellingham when we became hungry. So we walked around, looking for a place to satisfy our hungry stomachs. There was just one problem though…. me. Most of the establishments situated in Downtown Bellingham were either bars, pubs or breweries and being 20 years old, I was considered a minor, meaning no entry. After going through many places, we finally found a place that I could dine at– It was such a relief.

The place we settled on was The Table by Bellingham Pasta. The service at The Table was excellent and made the dining experience more enjoyable. Since I forgot my camera, here are some crappy iPhone photos:

We started off with an antipasti plate. This was a good start to our dinner.

I ordered the Hunters Roasted Chicken– Classic oven roasted herb chicken, mashed potatoes, brussel sprouts, traditional English tartar sauce. I enjoyed this dish and though the chicken was perfectly cooked. The fact that I was hungry made this dish taste even better.

While walking around Downtown Bellingham, we encountered some odd people. There was one guy who called us “the cutest triplets” he’s ever seen. I’m sure he was intoxicated and called us triplets because we are all Chinese. Es S thought he called us strippers instead of triplets and was appalled that M and I were not offended. I think even if he called us strippers, I would have just ignored him because we were clearly not dressed like strippers, not even near.

So that’s it for this post. I have non-stop midterms this whole month until Remembrance day long weekend. I hope you all have a good weekend and thanks for reading!

Now that it’s fall, my skin has been quite dry lately. I’ve also been suffering from some bad hormonal acne lately which has left my face with unwanted scars. Since I was running out of face products, I decided to restock on products and try some new ones as well

This past Friday I celebrate my 20th birthday. It’s hard to fathom the fact that I am no longer a teenager, but as I grow into a young adult, I’ve experienced some of the hardships that come with it. I usually like to celebrate my birthday with family and close friends because I’ve never been into big parties. After a miserable birthday last year, I was happy that I was able to have family over to celebrate my birthday. I share the same birthday as my dad, so it was a celebration for both our birthdays!

Pictured above is the two cakes I got for my dad and I’s birthday. The one left is a earl grey cake from Trafiq bakery and the one on the right is a green tea chiffon cake from H-Mart. I love anything earl grey and green tea, so naturally I would be drawn to these cakes.

The earl grey cake was beautifully decorated with edible gold glitter and crunchy pearl balls (which were really good). The cake itself was also delicious with a nice earl grey flavour that paired nicely with the chocolate ganache.

The green tea chiffon cake was a bit of a disappointment because it lacked green tea taste. It still tasted good though, as it was light and creamy, but it just tasted like a regular cake. The only element of the cake that exhibited green tea flavour was the glaze on top, but it was barely enough to flavour the whole piece.

I got a ‘happy birthday’ text from a number from Chicago, which at first I thought it was from my friend who is currently in Europe, but after Googling the area code, I discovered it is a Chicago number. The thing is, I don’t know anyone who lives in Chicago or is in Chicago at the moment, so I’m kind of creeped out and curious to know who it is.

So that’s it for this post. Thanks for reading!